The following was written as part of a collaboration project proposed and curated by Jessica Jones .

Do I own this sentence? Can I claim to be its author? Technically I suppose I went through the mechanical process of arranging the symbols that represent the words in the agreed standard code that is used to define modern English in a written format but there’s nothing special about that, is there?.

Admittedly the example sentence isn’t very interesting. It is mundane, formulaic, functional. Why would I, therefore, feel in anyway proprietorial about it? The truth is of course that I don’t. Why would I? It is just an arrangement of symbols on the page in a basic, agreed form of communication, an external manifestation of my internal thoughts composed of passed down alphabetical symbols encoded to contain shared semantic values within a given culture. The process, the vessel, that is language itself, is infinitely more interesting. I don’t even know you and by some magical voodoo I can conjure up ideas, images in your mind. Gorilla! See, I’m doing it right now.

Language belongs to the blurry area of communal property (a bit like lighters and umbrellas). No one would claim outright ownership to such a living, evolving, shape-shifting organism. It is everybody’s and no-one’s. It is passed through generations, across ages, sometimes forcibly, sometimes lovingly. It is shaped by countless tongues and pens, some more insistent than others, it can hold a trace of the zeitgeist to a hipster-ish second and the serene steadfastness of the eternal age.

What strange alchemy then occurs to turn the functional into an art form, something that says ‘this is me, this is my unique vision and it deserves to be held in higher esteem than countless other similar but somehow lesser writing, I own this, because I alone could have wrote these words, in this order.’ Something that says ‘I am Literature’

The boring answer is ‘I don’t know’. Nothing of beauty or worth exists in a vacuum, great prose cannot exist without the shared system of writing and language and wrapped around that a cultural, political and historical heritage. You don’t have to have read all the works of Shakespeare to have absorbed something of their essence through some strange process of cultural osmosis. You don’t have to read author A because authors B, C, D have and they in turn inspired author E who got to you at a crucial time in your life and will forever remain an authentic and original voice to you.

What I do know is that I adore prose, I will put up with bad characterization and shaky plot if I can find beauty in the arrangement of words on the page. Equally, a riveting story is not enough to keep me reading if I find the language dull and uninspiring. I don’t know what the formula for this is, I just know that sometimes, unexpectedly in the middle of the paragraph, I’ll come across a sentence so beautiful that, for a minute I’ll find it hard to breathe. And in the minute, it isn’t the author or even the book that is singing to me, it is the words. 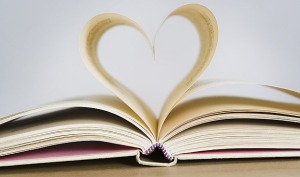 Some background to the project: ……………….And so the fight against inertia continues. The wonderful Jessica Jones gently prodded, persuaded and eventually dragged some words out of me by cooking up a collaboration project that was sure to intrigue me and sprinkling it liberally with flattery.

The brief was To contribute either; a) a short piece on “Changing Notions of Authorship” or “Is the Power in the Text or the Author? (they’re just thinking prompts, not titles) – (this could also be about music / dance / theatre and the collaborative element in making it, for instance)

b) a few sentences / film / image / music that somehow responds to ideas about how we create work (preferably thinking of textual work) and the sense of ownership we have over that work. This could be almost anything as there is a second part of the project to make an interactive little piece involving sound – kind of like an art project – with it.

I put my tick firmly in the box marked a) and proceeded to marinate once more in ideas around authorship, text, language and ownership for a few weeks. I had some interesting dreams and composed many a grand opus writ large on the ceiling at 4 a.m. but the actual blog post failed to materialise. Finally, I forced myself to just write something, anything and although I departed fairly far from my internal compositions at least I got something done and the ship called Horses of Meaning didn’t sail without me.

Like Loading...
This entry was posted in Digital Humanities and tagged Author, Language, Ownership, Prose, Text, Writing. Bookmark the permalink.